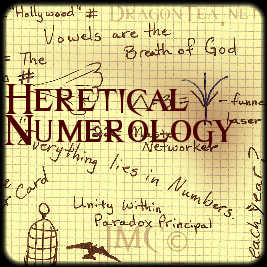 Did you know that you are more than just a single number?

You are a multi-faceted expression of song vibrations, like a musical chord. Your alignment (or lack thereof) with this core song is the foundational key to all personal success and happiness.

Though it is not readily obvious, there are many approaches and uses of numerology as a tool for information.

Heretical Numerology’s approach focuses on the soul and core structure of the raw energy that you are – the song that you sing and how energy flows through your life. The who’s, hows and whys, not just the whats involved. We are all wired differently and no one is the same. Yet, everyone comes with a purpose and everyone arrives with a gift.

What makes me “heretical,” you might ask? For one, research. There are interpretations floating around today that I will disagree with, as they have diverted away from the original trunk of the Nine Divine Archetypes through the progression of oral history. They have also been affected by the persecution of scientists and mathematicians by a variety of churches and governments throughout history. There was a time that the spiritual and the scientific sides of numbers and math were not split apart from each other. Believe it or not, parts of mathematics were even outlawed at times in history. Still, the knowledge sought to survive. And sometimes that affected how information was passed down.

Sometimes certain words are associated with numbers today that are peripheral to the actual core meaning and energy of the archetype. The archetypes are vast, eternal and Divine. However, over time, humanity has often gotten stuck on a handful of adjectives that applied to a particular experience or window of time. These adjectives, though, are simply that. By far they cannot represent the entire whole of an eternal archetype. When I consult or teach, I like to explain all these things and explain why I disagree, or why things work the way they do. The heart and soul of what we call numerology today is not really meant to be simply a system of chance divination, but the foundation of this plane of existence pointing to an order in the universe and to the structure of the soul. It is my job to empower with learning and information. It’s not just about “what” you are, but all the whys and hows. The musical chord that in your divine state you vibrate to, or “sing.” How energy flows for you.

I do not believe, however, in only one approach to enlightenment or numbers. I have a deeply researched way of teaching and interpreting numbers, but my system is but a slice in the wholistic metaphysical pie available to humanity. We find even in numerology that major schools of thought will argue with each other over whose method and “doctrine” is right. Which after a fashion doesn’t seem much different than say the Methodists and the Baptists. One of the key “laws” numerology is supposed to abide by is that “What’s bound on Earth is bound in Heaven.” By the very nature of this law, all approaches must have value. So though I have my specialties with regard to the application of numerology for enlightenment, I don’t foster the idea that one way is the only way, nor invalidate the value of other approaches of insight.

My numerological specialties include master numbers, spheres of influence, and social/national application and interpretation. I also frequently consult with couples and families together. You can read my free articles on my blog at: http://TheSeekersWindow.wordpress.com.

Interested in a personal consult? All I need is your FULL birth name and birth date. I ask that you not provide any further information than that before we complete a Core session. Send me an email at numbers@dragontea.net.

Learn more about what to expect by contacting me! :)

Director and founder of The Seeker’s Round Table and Heretical Numerology, Jules is an expert numerologist, 7th generation dowser, and metaphysical coach. She’s also an awarded speaker, writer, Editor in Chief at The Austin Alchemist, as well as an ordained minister.  Jules is known for her empowering consults and workshops, historical and soul-oriented approach to numerology and her networking of local metaphysical mentors and students. Drawing upon a lifetime of spirituality, leadership accomplishments, writing, public speaking, and study of the music arts, Jules brings a unique and inspiring perspective to the world of spirituality, metaphysics, and numbers.

Add to Your Address Book 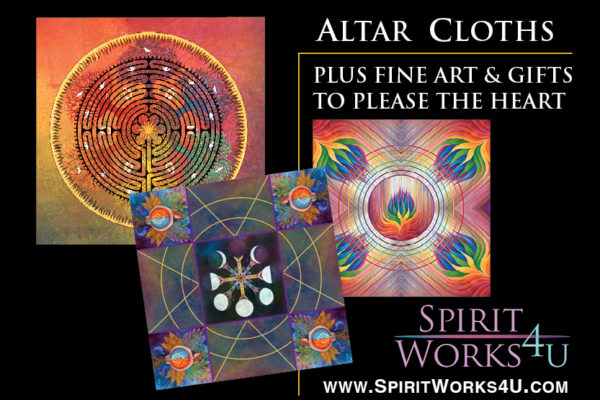 Just FYI, I checked my Google Analytics for 2015 and TAA was the 2nd to top referring site… not very far behind Yelp. So what we are doing seems to be working. I love it, and love you!