Menu
Search
Home > Events/Classes/Lectures > The Phenomenon Bruno Groening: On the Tracks of the Miraculous Healer 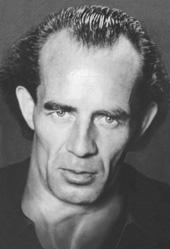 Bruno Groening (1906-1959) was a German man who demonstrated a healing influence on people and animals from early childhood. In 1949, he helped a young boy recover from muscular dystrophy. The news quickly spread and hundreds of thousands of people with various ailments, many considered incurable, flocked to hear him speak wherever he appeared. Miraculous healings occurred—life-time ailments disappeared, the blind could see, the lame could walk, cancer was gone—and Groening became an international media sensation.

This five-hour film documents the dramatic events of Groening’s life with over 50 eyewitness interviews, original film and sound recordings from that time.  Groening never treated anyone nor claimed responsibility for the miraculous healings that happened. “God is the greatest physician. There is no incurable.”

He taught others how to receive a natural healing energy that he called heilstorm (healing stream). Now as then, amazing healings—even from long-standing physical ailments—continue to be reported. Many film viewers report tingling or a sense of energy and others note disappearance of pain or other ailments.

No medical consultations, examinations or treatments take place and the group does not advise against medical treatment.

From Austin to Waco and San Antonio, we cover it!

Thank you so much. I love your site, it keeps me informed of everything going on!